The Coalition for Legislation to Support Citizens’ Organizations (known as “C’s”) was established in November 1994. It was created by a group of Japanese nonprofit and grass-roots organizations (NPOs), in order to create better support systems for such groups in Japan. C’s is a non-partisan and independent organization comprised of 100 member citizens organizations and is supported by around 600 nonprofit and for-profit organizations.
Initially, the objectives of C’s were to:
1. Assist the creation of a new legal incorporation process for NPOs;
2. Promote a tax system which encourages non-profit activities, including:
tax-deduction for donations and in-kind contributions, and reduced tax rates for non-profit organizations; and
3. Promote activity reports and accountability of NPOs.
In March 1998, the “Law to Promote Specified Nonprofit Activities” (known as the “NPO Law”) was adopted by the National Diet of Japan. Later, in October 2001, “The Law Amending in Part the Special Tax Measures Law” (charity taxation) was enacted to institute the eligibility of incorporated NPOs which met certain criteria to receive tax-deductible donations. Information disclosure concerning incorporated NPOs was mandated under these laws. In 2009, C’s led the formulation of NPO accounting standard for NPO initiatives.
Following the March 11th Tohuku earthquake and Tsunami, C’s pushed through some vital legislation in Japan. This was to provide assistance to organizations operating in the disaster areas, as well as the launch of a national network supporting recovery efforts. Non-profits were able to move quickly and efficiently. With such background, in June 2011 C’s helped revise the Japanese tax code for charitable donations to nonprofit organizations. Now, individuals who donate to nonprofits will receive a tax credit for up to 50% of their donation—so long as the recipient organization has tax-exempt status. Criteria to become “certified NPO (Nintei)” became much easier. One of eight criteria is PST (Public Support Test) – to check how much support the organizations receive from the public. When the organization have more than 100 donors of 3,000 yen, the organization meet this criteria.
These were all achieved through the joint efforts of C’s, Diet members and other organizations.
To learn more about Japanese tax code for charitable donations to nonprofit organizations, click here.
Under the NPO Law, a number of Japanese NPOs have been incorporated as “Specified Nonprofit Corporations.” There are 49,310 incorporated NPOs in Japan (as of August 2014). The requirements for those incorporated NPOs to be eligible under the new amendment of the Special Tax Measures Law were so strict and complex for over 10 years, but after the revision, 902 organizations have applied for Charity taxation and 493 of them became charitable tax eligible organizations. There are now 713 charities in Japan.
C’s is now providing trainings for Japanese organizations to understand the criteria and process to secure tax exemption, and thus have access to more charitable giving.
C’s has also reconsidered the role of NPOs and funding mechanisms to support NPOs. It has conducted research concerning model partnerships between local governments and NPOs, as well as model projects by NPOs which embody good fundraising mechanisms leading to sustained contribution from individuals, companies, foundations, and others, so that NPOs can be truly independent from the governments and other institutions.
Since its establishment, C’s has affected Japanese NPOs and governmental policies through its lobbying activities, a series of seminars, publication of booklets, an active internet homepage, e-mail newsletters, and articles in nationwide newspapers.

Only two years after we achieved new Japanese tax code for charitable donations, we are facing fear of losing merits. The administration is looking for substitute resources of the corporation tax reduction. Tax code for charitable donations is contained in the list of reconsideration, because the use of law biases to the specific group, not widely used.
Three out of four merits of charity taxation are facing fear; 1) deemed contributions, 2) inclusion in expenses, 3) tax credit for up to 50% of their donation.
With together efforts, we succeeded in defending these merits. Thank you for your support. 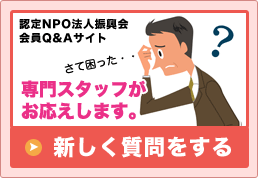