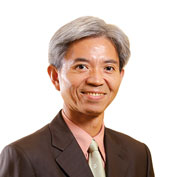 An Overview of Non-Profit Organizations in Hong Kong

Non-profit Organization in Hong Kong started its operation since mid 19th century. Even earlier as on 1950’s when a huge influx of immigrants from Mainland China at the change of the ruling parties fled to Hong Kong, a great number of local charities and religious groups from overseas, also named as NPOs rendered a great varieties of social services to the new arrivals, including education, accommodation and employment, as well as giving out of material relief.

Only up to 1950, the establishment of Social Welfare Department of the government started its systematic provision of social welfare services, whilst the role of local NPOs remained unchanged.

In Hong Kong, any two for more people can found a NPO in according to the company registration ordinance either in a form of Company, or an Association, or even a Society. And, if intend to be offered with the status of a charity, the organization has to fulfill the requirements and satisfy the inquiries of Inland Revenue Department. Upon its approval, this NPO can then be classified as Charity Organization and can issue tax-deductible receipt to donors who donate to support the ministries of the organization. The objects of the proposed association have to be related with poverty alleviation, offering employment or conducting education, as well as the operation of welfare related social service.

Since the economic recession in 2008, the Hong Kong government offers incentive to the donors of the community for more donation by increasing the tax exemption rate from 10% to 30% of the taxable amount of donor. In 2009, there are more than 3,400 registered Charitable Organizations in Hong Kong, including few are Family Foundation formed by the elite and rich families in Hong Kong.

To pursue the status of a tax-exempted charity in Hong Kong, all NPOs are requested to submit annual audited accounts for the inspection of Inland Revenue Dept.

There are two types of NPOs in Hong Kong, i.e. the local based, such as Tung Wah Group of Hospital and Senior Citizen Home Safety Association; and the international based NPOs, such as World Vision and Oxfam.
Basic statistics and profile on NPOs in Hong Kong

Among the NPOs in Hong Kong, nearly half are related with religious organization or bearing religious belief. And, the small size NPOs also scored more than 70% of the total NPOs in Hong Kong. In according to HKCSS membership statistic, nearly half of her members are of small to medium sized NPOs. This can be measured by their annual amount of transaction. The major categories of NPOs in relation to their service target are elderly, youth service, rehabilitation service as well as children service.

On the whole, around 10% of the NPOs bearing a history of more than 50 years, like Tung Wah Group of Hospital commenced its operation 130 years ago, whilst YMCA started on 1900, and YWCA operates since 1920.. In the recent 10 years, there comes with a lot of patient group organizations and even some are so-called pressure groups.

NPOs in Hong Kong contributed to the development of social welfare service and social services in Hong Kong. At the first phase of social service development in HK, NPOs were the core operators and served as partners with the HK Government. And, even now nearly more than 90 direct social services are operated NPOs under the funding of government. Not only operating social service, some even runs school as an Education Organization. The aforementioned Tung Wah Group of Hospital runs more than 50 schools from Kindergarten to Tertiary School. It also runs four hospitals rendering free medical and hospital service to the needy.

Some of the NPOs are on regular government subsidy in the form of Lump Sum Grant, whilst some are self-financing welfare organizations. In order to secure a better economical and sustainable operation, and as a response to the cutting of budget on subvention from the government, nowadays nearly all, except the family foundation, carry out a great varieties of fundraising events and activities

The best and stable return on fundraising for NPOs is the planned giving, i.e. regular donation program. By means of enrollment, the NPO can arrange a direct debit authorization from the donor to authorize the direct debit from their own account to the NPO’s account. The biggest one even owns more than 110,000 regular donors.

Event fundraising, or in some other term called Icon event fundraising is another common fundraising practice of NPOs in Hong Kong. The Annual Community Chest Million Walkathon has been in place in Hong Kong for more than 30 years. Currently the Standard Chartered Marathon is another popular, well received sport cum fundraising event. Direct appeal, in either the form of TV Special or print-ad for disaster relief is another popular means, yet its much costly. Raffle Sale, counter top collection as well as charity sale of precious items are other common ways of fundraising means. There are also two innovative fundraising ways by means of Will donation and Insurance Donation. The potential donor is encouraged to allocate part of his will return or insurance compensation for a NPO. Some other means, such as book sales, charity photo service, charity sale are commonly adopted as effective means to grow up their visibility and income. Lastly, the Flag Day is also one of the commonly adopted fundraising means. It is strategic to have more visibility of the NPOs image and ministries so as to call for more support from the community.

Table 1: On last year, how much you have donated to the NPOs? (in HK$)

Transparency 83%
Branding 81.1%
The urgent need of the project 76.5%
User friendliness in making donation 67.2%
Appeal by celebrities or artists 34.3%

Table 3: How will make you have the second donation for the NPO

Know that the fund will be properly used 74.6%
Being update on the beneficiaries’ situation 64.6%
Learnt about the progress of the project 53.6%
Receive the second appeal of the NPOs 52.3%
Got more convenient donation method 50.0%
No special reason but just want to help 4.0%

Good practices of fundraising as a team in Hong Kong

Transparency, Accountability and Communication are the three core success factors of NPOs and fundraising organizations in Hong Kong. The more you are accountable, frequently report to the donors would be the most successful one.

In order to regulate the fundraising practice and operation in Hong Kong, the Social Welfare Department has issued a practice guideline for the NPOs in 2002, whilst the Independence Commission Against Corruption also issued a Best Practice Guideline for NPOs, in terms of governance procedures, policies, and the establishment of Audit Committee and Fundraising Committee to monitor the detail operation of Fundraising Committee.

The Social Welfare Department also requests that for all applicants of the Public Subscription Permit to carry out fundraising activities needs to post the result in the form of an audited account at newspaper to let the public know the actual amount collected, the use of fund as well as be liable to any fault or deception.

The flow of information and the high transparency should be the best practice on fundraising, adding the demand for better and higher governance of NPO would certainly making Fundraising for NPO to be more responsible and accountable.

The Charity Standards have been developed benchmarking with international recognized standards such as BBB in US and GuideStar in UK:

 Criteria I Governance
Having established a board of directors that provides
adequate oversight of the charity’s operations.

 Criteria III Fund Raising
Inform public of the charity’s mission and its intended
way to use donated resources, and that all solicitation
materials are accurate and truthful.

 Criteria IV Service Quality
Have a system in place to assess the charity’s service
quality standards and effectiveness, and to determine
future actions required to achieve its mission

 Criteria V Transparency
Have an annual report available to the public that
includes the charity’s mission statement, a summary of
the past year’s program service accomplishments, a
roster of the officers and members of the board of
directors, and financial information.

To foster a closer monitor and regulating the increasing fundraising events in Hong Kong, the Law Reform Committee on FR has suggested to adopt, likely to be in operation at the end of 2010 to set up a Charity Commission to execute the control and regulating of the NPOs fundraising in Hong Kong. The Charity Commission , like the one in UK will be chartered with the authority to govern what can the fundraised used for, the cost of fundraising control as well as the integrity of the charities against its course of setting up.

The only concern is whether the Charity Commission will discourage, not approve fundraising for political purpose. In this case, those fundraising events of the political parties in Hong Kong will be facing the shortage of fund for their activities and movement.
Conclusion

From the annual amount claiming for tax deduction on 2009, (i.e. HK$8.7 Billion, around US$1.1 Billion), and expect that it will be growing more and more, a tighten control and demand for accountability is a must. And, exploring the more effective way in Fundraising for NPOs should also be continued, including the application of Information Technology and Internet Platform.

Yet, the core of success will remain relying on the integrity on the fund raised and its way and area of use of fund.